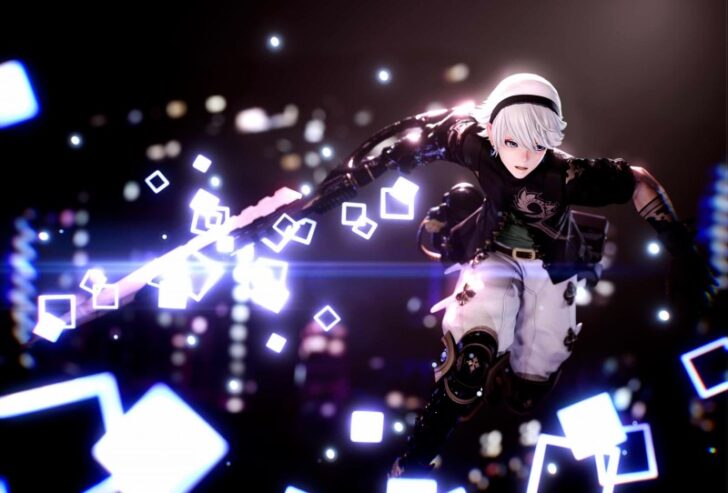 There’s a widespread stigma attached to mobile titles that has pushed them to the bottom of the popularity charts for years … at least when compared to PC and console experiences. Of course, there are exceptions. Pokémon Go and Clash of Clans, for example, have proved games on the smallest screen are more than just microtransaction-heavy propaganda or digitized tabletop adaptations. Like other extensive catalogs, Apple Arcade is filled with games that raise the bar – from experimental JRPGs to ported blockbusters. Try out the ten gems listed below if you’ve got an iOS device and want to break into the mobile scene.

Oceanhorn 2: Knights of the Lost Realm

The most mechanically involved game on this list, Oceanhorn 2, offers a fantastical sandbox in third-person perspective with a dynamic camera. Visually reminiscent of Breath of the Wild, the RPG is also available on last-gen consoles, making this solid port all the more impressive. The graphical fidelity is particularly striking – city towers cast long shadows over cobblestone paths, and scalable grassy knolls stretch as far as the eye can see. Real-time combat with well-timed dodge-rolls, opportune sword slashes, and precise accuracy with sidearm makes the moment-to-moment action feel fluid and exciting. Oceanhorn 2 isn’t The Legend of Zelda, but it comes damn close and shouldn’t fly under your mobile radar.

Before you start cycling through painful memories of arduous high school English classes, you should know that Dear Reader is not only about parsing through classic texts; it’s also a word puzzle game. These puzzles range from simply filling in blanks with proper words or phrases to swapping lines to create coherent sequences of plot events. With over 50 books to flip through, you’ll find that this is the perfect game to stimulate your mind before bed, while commuting, or during breaks in the day. It also helps that Dear Reader appeals to more than one audience, namely, bookworms and puzzle enthusiasts, young and old.

Sorry, we can’t get through this list without mentioning at least one gacha game, but, trust me, they’re not all bad. Star Trek: Legends might not have the epic intergalactic space cruiser battles that the J.J. Abrams remakes showcased, but the boots-on-the-ground combat is strong and flashy. You’ll wait your turn to buff your party’s morale for added damage and team attacks. Certain abilities trigger short cinematic takedowns. Word to the wise: play through the story before you start rolling the dice for new crewmembers. You’ll want to spend your time learning the accessible flow of battle – learning what DPS, tank, and support classes can bring to engagements – crafting a mission and bridge team (those who stay behind can provide buffs for your mains) that utilizes their respective strengths, and discovering which abilities are the most valuable.

Grindstone eradicates the monotony of dungeon-crawling loops with an intuitive puzzle-solving system directly influenced by match-three games. You play as Jorj, a Viking warrior down on his luck. He enters the monster-infested mines atop the nearby mountain range in the hopes of earning enough money to get his family out of their wintry Scandinavian village. The satisfying sound of Jorj’s blade coming down upon rows of colorful beasts constantly brought a smile to my face, and enticing rewards that popped out of treasure chests and high-tier enemies forced me to weigh survival against riches constantly. The cutesy character/creature designs are the cherry on top.

It’s no secret that Apple Arcade could do with more JRPGs. Even so, Mystwalker’s Fantasian checks all the boxes: an amnesiac protagonist living in a cross-dimensional universe, gorgeous, dioramic environments, a diverse cast of pals that pack a mean punch, deep turn-based combat, and Nobuo Uematsu’s musical expertise. What more could you ask for? Well, what if I told you that Fantasian pushes the JRPG formula even further with “Dimengeon battles?” Bypass random encounters and, instead, take on entire armies of enemies you’ve skipped in one epic fight with power-ups galore. You can watch the trailer above to see this revolutionary mechanic in action.

Shantae and the Seven Sirens

Shantae and the Seven Sirens doesn’t reinvent the wheel for the almost two-decades-old franchise. In fact, it polishes the platforming formula and cartoonish art style that previous installments are known for. In this outing, Shantae navigates a tropical island and even dives below the watery depths to explore a sunken city on occasion. Colorful cutscenes and hearty tunes sell the happy-go-lucky atmosphere of Shantae’s world. But the responsive movements and attacks – perhaps the most important aspect of highly interactive mobile games – sets Seven Sirens’ gameplay apart from many of the other titles on this list.

The Oregon Trail first launched in the 1970s, and despite being marketed as an educational game, it paved the way for future adventure experiences. As a “wagon leader” with their own backstory (e.g., banker, carpenter, farmer), you set off on a harrowing cross-country journey with a small band of settlers. Gameloft’s modernized version of the classic honors the legacy of the original while dismantling its controversial features. You’ll still work to survive the horrors of the vast wilderness – devastating diseases and near-fatal injuries as well as impoverishment. However, this time around, Native Americans are playable protagonists relinquishing the original’s harmful depictions of indigenous peoples as savage villains.

Thatgamecompany’s Journey appropriately inspires the long-awaited sequel to Alto’s Journey. Alto’s Odyssey is an endless runner, but don’t let the “simplicity” of its gameplay fool you. Sandboarding through shimmering dunes, past quaint settlements, and over deadly canyons can be particularly punishing, especially when the sun dips below the horizon and obstacles along your route become harder to spot – every second counts. A late flip off a ramp could be the difference between gaining speed or starting over. If you’re looking for something a little more relaxing, you can hop into Zen Mode for a low-stakes, atmospheric cruise down Odyssey’s endless, beachy slopes.

Sure, this selection might appeal to fans of the Cartoon Network show, but it’s still worth your time and attention if you enjoy RPGs. Most movie/television-to-video-game adaptations miss the landing, making Unleash the Light a diamond in the rough; it has no right being as good as it is! Vivid art evocative of the popular cartoon, an original story written by series creator Rebecca Sugar, performances by the beloved voice actors, turn-based combat that relies on combos, skill trees, and party customization, and a sizeable cast of playable crystal gems and their more powerful fusion counterparts make Steven Universe’s mobile journey a perfect homage to its base material.

NBA 2K is arguably the best sports franchise on consoles, with some microtransaction-focused caveats, of course. The Arcade Edition somehow manages to translate the already-polished dribbling and shooting mechanics from controller to touchscreen. Pair that with the deep MyCareer game mode where you make a baller and rise through the ranks to become a new era GOAT, and you’ve got everything you need to live out your basketball fantasies on the go. Head-to-head modes like online multiplayer and blacktop also make a reappearance if you’re looking to drop buckets on trash-talking friends. And, finally, a new game engine tops this all off with better animations, AI, and on-/off-court presentation. This is hands down the best-looking game on mobile devices.

Are there any games that you’d recommend? Please leave them in the comments section, and be sure to check out our other two genre listicles: Top 10 Shooters and Top 10 Action Games To Play Right Now.