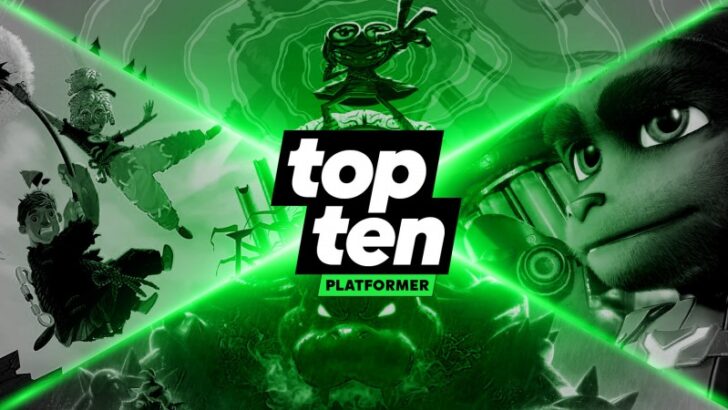 Platformers used to be a dominant gaming genre, but today they often feel like a relic of a bygone era. Even so, 2021 has seen the release of several stellar platformers. If you’re looking for a game that will challenge your hand-eye coordination and jumping skills, then look no further than this list. The following games all share common elements but carve a unique path in the genre. Listed in no particular order, here are 10 incredible platformers that you shouldn’t miss.

The Ratchet & Clank franchise was born on the PS2. While many of their contemporaries, such as Jak and Daxter or Sly Cooper, seem to have fallen by the wayside, this cosmic duo continues to churn out a good time. Rift Apart takes our best buds into a new reality and makes the most of Sony’s new hardware with a new rift mechanic. Ratchet and fellow protagonist Rivet can use rifts to teleport across environments or into entirely different realities in the blink of an eye. Ratchet & Clank’s traditional platforming-mixed-with-gunplay returns. We couldn’t get enough of Rift Apart’s zany weapons, such as the Cold Snap that encases enemies in giant, cocktail-ready ice cubes or the Topiary Sprinkler that turns enemies into stunning garden shrubs. | Our Review

This Switch rerelease of the 2013 Wii U platformer gave fans a chance to revisit Nintendo’s 4-player adventure – especially if they skipped the Wii U. As Mario and friends rescue the fairy-like creatures called Sprixies from Bowser’s grasp, they turn into cats and claw their way to the top of each flagpole. However, leave it to Nintendo to tag on a brand new side-game that shines just a bright as the original package. Bowser’s Fury might be short, but it has more great ideas than many full releases. This inventive new game tosses Mario into an open-world environment and tasks players with collecting Cat Shines before going toe-to-toe with a kaiju-sized Bowser. These bite-sized platforming challenges are so rewarding that it is easy to lose track of an entire night in one sitting. Bowser might be furious; we’re anything but. | Our Review

2018’s PSVR release Astro Bot Rescue Mission plastered a smile on our face, but we’re glad that even those who don’t have a VR headset can enjoy Astro’s follow-up adventure. Better still, Sony gave away the game; Astro’s Playroom comes free to anyone who owns a PlayStation 5. This lighthearted experience is also a love letter to the PlayStation brand, bursting with nods to many of our favorite consoles and gaming franchises. We loved hang-gliding through electrical canyons, collecting coins on frozen cliffs, and bouncing across lilypads in a mechanical frog suit. The title is also an impressive tech demo for Sony’s newest controller, and the DualSense’s haptic feedback offers realistic tactile vibrations, adding depth to the feel of walking on sand, standing in rainfall, or pushing against the wind. | Our Review

Nineteen years is a long time to wait for just about anything, and many fans thoughts they’d never see a sequel to Double Fine’s beloved Xbox-era platformer. Young acrobat and gifted psychic Raz returns for some fresh antics; this time, he’s left the summer camp for gifted individuals to join the world-famous organization that gives the series its name. Unfortunately, a mole inside the organization threatens to awaken a long-buried secret that could destabilize world governments, so Raz must travel into a series of damaged minds and help people heal deal with their past trauma. We never knew what to expect next, from a casino-themed hospital to a cooking game show to a psychedelic ‘60s band tour. | Our Review

Mario is the king of platformers, so you shouldn’t be surprised to see him on this list more than once. Naturally, we had to pick Mario’s big Switch outing because it remains a non-stop rollercoaster ride of brilliant ideas. Every level is jam-packed with engaging, interactive moments, from tearing through a forest as a T. rex to bouncing off springy flowers in a frozen desert to jumping into a wall for a 2D platforming sequence that recalls Mario’s early days. In Odyssey, Mario’s iconic headgear has also come to life, allowing Mario to possess any entity that wears the hat. Sure, possession sounds scary, but who wouldn’t want Nintendo’s chubby plumber running around in their head. | Our Review

Hazelight Studios pioneered its co-op-only approach to action games with 2018’s A Way Out, but the team really hit its stride with 2021’s It Takes Two. Cody and May are a married couple staring down the barrel of a life-altering divorce when their daughter makes a wish, and the couple’s souls end up inside a pair of handmade dolls. Sure, the narrative sounds like a bad made-for-TV Disney film, but the ensuing antics are refreshingly original. Cody and May must work together to swing through treetops, help squirrels battle a hive of angry wasps, and use magnets to platforms across a series of gears. No two moments in It Takes Two are precisely the same, ensuring its co-op action is unforgettable. | Our Review

These days, it’s easy to make fun of Sonic, but 2017’s Sonic Mania wasn’t just a return to Sonic’s 2D glory days, it was easily one of the best Sonic games to date. After the events of Sonic 3 & Knuckles, Sonic and his friends discover that something is amiss on Angel Island. Dr. Eggman is one step ahead of the speedsters, and his team of EggRobos plan to exploit a magical gemstone for evil. Designed by members of the ROM hacking community who made their mark working on Sonic fangame, then later, official mobile ports, Mania understands what makes Sonic special. Many of Sonic Mania’s levels start as riffs on familiar stages from yesteryear, but they quickly evolve into exciting platforming experiences all their own. Sonic, Tails, and Knuckles run loops across sand-swept deserts, dodge trash compactor deathtraps, and use the brand-new drop dash to race ahead of Dr. Eggman once again. | Our Review

Fall Guys isn’t the first game you’d think of when coming up with a list of the best platformers, but this nail-biting competitive experience is so compelling that there is no question it should be here. A mix between battle royales and game shows like Takeshi’s Castle and Wipeout, Fall Guys pits 60 players against each other in a series of competitive platforming challenges that are as fun to watch as they are to compete in. Whether we were ping-ponging from one bouncing platform to the next, racing across the disappearing floors, or navigating a field of spinning windmills, we couldn’t resist the pull to start “just one more match” whenever we landed on our face. | Our Review

The Switch has no shortage of great original platformers, but it also helps us relive a few titles that might were overlooked during the Wii U years. Retro Studio’s sequel to Donkey Kong Country Returns is a beloved throwback to the SNES’s platforming days. The Kongs have just sat down to celebrate DK’s birthday when a group of arctic invaders attacks their island, turning their tropical home into a popsicle paradise. The ensuing adventure offers a sizable challenge, but the Switch version introduces Funky Kong as a playable character, and this surfing simian can double jump, hover, and walk on spikes. Better luck next time arctic invaders. | Our Review

Since the release of Crash Bandicoot: Warped in 1998, we’ve seen dozens of games starring this goofball marsupial. However, as the name implies, Crash Bandicoot 4: It’s About Time is a return in form to the glories days of the platformer that put Naughty Dog on the map. Developer Toys for Bob did a fantastic job recapturing the magic of ‘90s-era 2.5D platforming while keeping the action fresh thanks to the inclusions of Quantum Masks that slow time, turn the world upside-down, and cause all manner of havoc. Additional playable characters help shake up the action. For example, Tawna comes equipped with a grappling hook for some high-flying action, and Dingodile’s powerful vacuum allows him to suck up boxes from across the screen. | Our Review

What games on this list do you enjoy? What games would you add that aren’t listed? Let us know in the comments! If you enjoyed this list, be sure to check out our other recent genre lists by clicking on our list hub below.