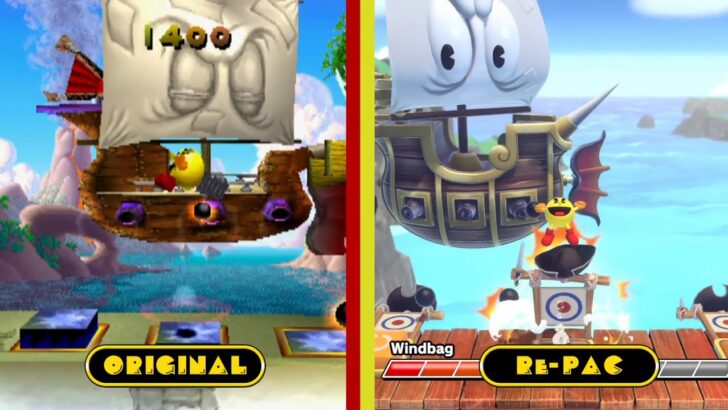 See how it looks alongside the original release.

One of the games you might want to be on the lookout for later this month is Pac-Man World Re-PAC – a remake of the 1999 3D PlayStation platformer. Yes, Pac is back with improved UI, fine-tuned mechanics and updated visuals.

If you are wondering how the new game compares to the original release, Bandai Namco has now released a comparison video showing off the graphics in Area 1 and 2 of the OG game against the remake.