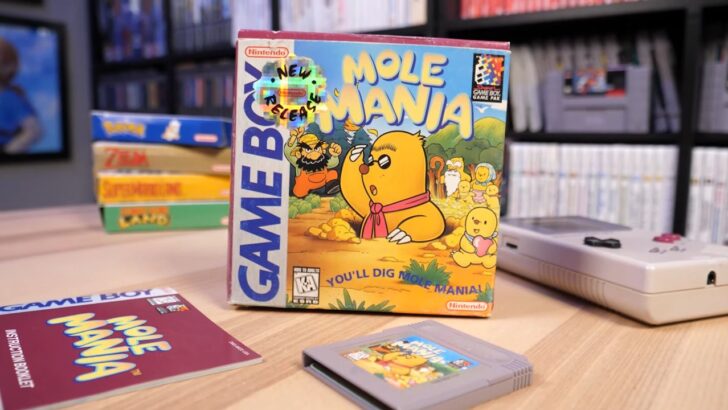 There were a lot of great games during the original Game Boy generation, but one that arguably deserves a little more love (and attention) is the 1996 release, Mole Mania.

As our very own American-based video producer Zion Grassl explains, this particular game was released in Japan the same year as Super Mario 64 and the original Pokémon games. How was it meant to compete? Even with Miyamoto and a bunch of other talented individuals behind the project, it still didn’t stand a chance.