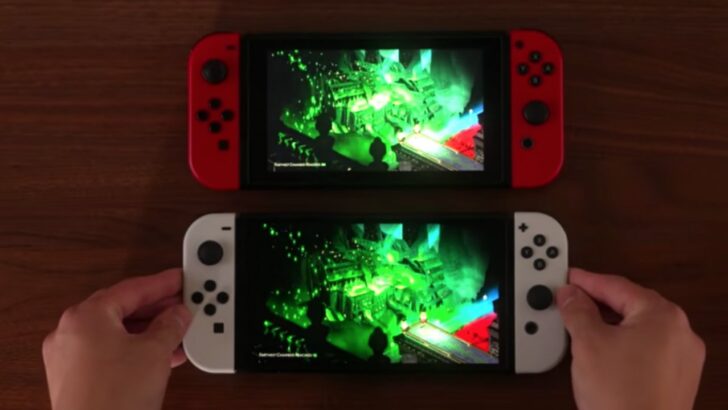 Oh, and don’t worry about the resolution.

With Nintendo’s Switch OLED console just around the corner, more and more of the things have been popping up in the wild. Just last week the world’s first unboxing video appeared, followed shortly afterwards by the first comparison video, and now we have yet another look at the OLED sitting next to the original system.

This latest footage comes from YouTuber Kevin Kenson, who’s somehow managed to get his hands on a retail version of the system a couple of weeks ahead of its official release. In it, we get to see how the OLED’s screen really helps bright colours to ‘pop’ and those darker colours to stay truly dark – deep blacks have never looked so good on a Nintendo portable.