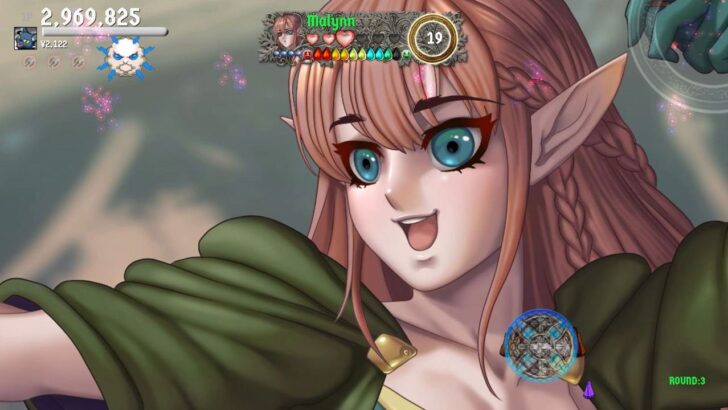 “It’s your duty to destroy the clothing of these cursed damsels”.

Look, as much as we hate to admit it, we ended up rather liking Waifu Uncovered. Yes, it was largely puerile and immature, but the shmup mechanics sitting beneath the smut were actually quite solid – so much so that we awarded it a respectable 7/10 when we reviewed it last year.

If you’re also a fan, then you’ll be pleased to learn that developer One-Hand-Free Studios has teamed up with Eastasiasoft to create a sequel entitled Waifu Discovered 2: Medieval Fantasy – and it’s coming to Switch on October 14th.