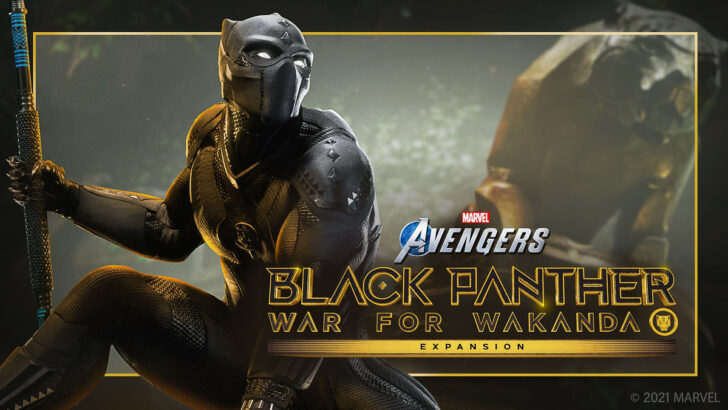 The free War for Wakanda expansion is available now for Marvel’s Avengers.Play as Black Panter and battle Ulysses Klaue and his army of mercenaries and machines.There’s never been a better time to jump into Marvel’s Avengers.

The War for Wakanda expansion is our biggest content update to Marvel’s Avengers so far, and it’s available today for Xbox One and Xbox Series X|S! We’ve packed so much new, free content into the expansion for players who already have the game, but today we want to chat specifically about War for Wakanda’s challenging new enemy types, and of course, our new playable hero: Black Panther!

When creating Black Panther, we started by reflecting on what is core and iconic to the character to inform how we would bring him to life on screen. The idea of T’Challa as an apex jungle predator is what led us to his Pounce mechanic, his ability that makes him feel distinct from the other heroes on our roster. Pounce lets him lunge at enemies, grappling them to the ground. When upgraded, Pounce works on bigger enemies as well, like Exos or Dreadbots.

T’Challa’s Intrinsic Meter is another mechanic that honors the history of the character. Successful blocks and parries stockpile kinetic energy in your suit – building your Intrinsic Meter – which you can release in a Percussive Blast that knocks away nearby enemies and grants you a damage buff.

Finally, Black Panther’s Assault Heroic ability is called Bast’s Chosen, which leans into the character’s spiritual side. When activated, Bast’s Chosen summons a specter of the panther Goddess Bast, temporarily granting T’Challa her power. Its base form lets you unleash supercharged attacks without emptying your Intrinsic Meter, but when upgraded, it allows you to summon warriors from the ancestral plane to fight alongside you.

Ulysses Klaue has an army of mercenaries and machines in his employ, so you’ll need to utilize all these abilities to take down the new enemy types we’re introducing to War for Wakanda.

When designing new enemies for the expansion, we wanted to set the goal of making enemies that had less overlap in their combat roles, and less overlap in how you take them down. In the content we’ve released to-date, enemy encounters typically turn into one-to-one brawls, and fighting an Adaptoid can often feel the same as fighting a lesser AIM grunt.

In the War for Wakanda expansion, however, we’ve introduced mechanized Scout Crawlers that attack you in swarms, placing a heavier emphasis on area-of-effect damage than before. We’ve also added enemies clad in Vibranium armor as well as enemies armed with sonic-powered weapons. You won’t be able to take them down like the enemies you’ve fought to date, but we’ll let you figure out the best strategies for defeating them yourselves.

There’s never been a better time to jump into Marvel’s Avengers. The free War for Wakanda Expansion adds to a game already packed with content including tons of single-player story content across several campaigns, nine playable Heroes, and endless multiplayer co-op action for up to four players. In addition, new modes and events are introduced regularly, and dozens of outfits inspired by Marvel comics and movies are available for players in our Marketplace.

The War for Wakanda Expansion is available now for Xbox One and Xbox Series X|S and is available at no added cost to owners of Marvel’s Avengers!

☆☆☆☆☆
451
★★★★★
$39.99
Get it now
Marvel’s Avengers is an epic, third-person, action-adventure game that combines an original, cinematic story with single-player and co-operative gameplay*. Take the essential Super Hero gaming experience to another level! Marvel’s Avengers will be available for next-gen consoles at no extra cost.* This version will boast a wide spectrum of improvements to visuals and speed, and will be backwards compatible in single and multiplayer. Marvel’s Avengers has a beautiful world filled with exquisite detail, and with improved Heroics, destruction, graphical fidelity, and framerate versus previous gen, you won’t be missing any of it. Get right into the action with fast loading times and be blown away by the striking detail of enhanced destructive visuals that make Heroics feel truly in your hands. Marvel’s Avengers will support save file transfer and cross-gen play so you can pick up right where you left off and continue fighting AIM with your favorite Super Hero squad. We’re excited to herald in the next generation of consoles on Marvel’s Avengers!

*Upgrading from the disk version will require the next-gen version of the same console with a disk drive.

**Credits that you purchase are useable on Xbox Series X|S Console version of Marvel’s Avengers. Please be aware that the Credit that you own is synced with your Microsoft account, and the wallet will be shared through both platforms.