Why The World Needs More Games Like Life Is Strange 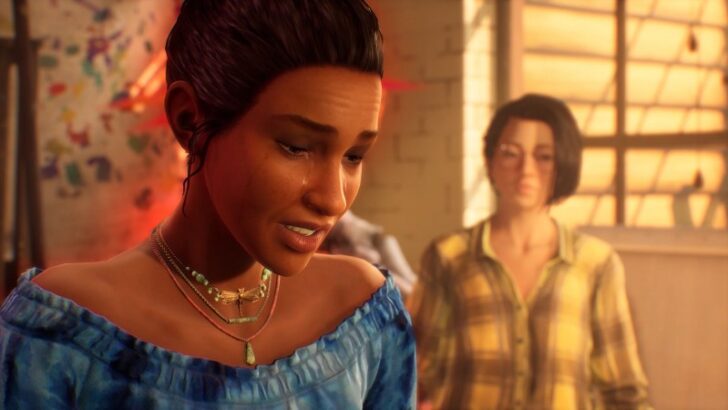 Many games out there offer both enjoyment and reflection, including the beloved Life is Strange series that has taken some wild twists throughout its cycle. From Chloe and Max and the power of friendship to the trials and triumphs that come with family, as seen in Life is Strange 2, digital adventures that tap into the more humanistic and compassionate side of the human experience are exactly what we need. Life is Strange: True Colors is a story about mystery, death, and the power of empathy. As the world continues to tear itself asunder, varying between topics as heartbreaking as war to arguments as silly as whether or not a dress is black and blue, True Colors aims to remind us of one simple truth: We are human, and we are learning.

Life is Strange: True Colors will task players with taking on the role of Alex Chen, a Haven Springs native that had to suppress her “curse.” Her psychic powers are different than what we’ve seen with Max; instead, Alex is gifted (and cursed) with the power of empathy. While some laughed this power off when it was first revealed, empathy in action is intense, allowing her to experience, absorb, and even manipulate powerful emotions in those around her. She can see auras, and following the “accident” that resulted in her brother’s death, her power comes roaring to the surface in an effort to find the truth behind his demise and a dark secret that lurks beneath the town’s surface.

With working in media, my attention is tuned into what’s going on in the social media world far more than I’d like, often making me see the uglier side of people that anonymity brings out than the average person. The amount of comments and emails I receive daily from people that seem to hate me without knowing a thing about me, even some that have gone on to apologize after taking a moment to get to know me, is … hard? And that’s not even talking about the wider scope of this digital stomping ground; The hit of adrenaline and false power that people seem to get after “winning” an argument with a total stranger is bizarre and counterproductive to leading a healthy and happy life, but we all do it anyway. Why? Why are we quicker to be on the attack than we are simply to listen?

Before media, I was on active duty. I served in several tours overseas, showing me a different kind of dissociation and apathy towards other humans that are simply stumbling around like the rest of us trying to figure sh*t out. When I left the military, I took a vow that included a year of silence as a hermetic monk. These were all steps I felt necessary for my journey of rediscovery and nurturing the parts of myself that I wanted to bring back to the forefront. I went through many changes after I transitioned back into civilian life, a cycle that was far more difficult than I ever could have imagined. Relearning who I was without the imposed structure, the constant threat of the world being upended from beneath my feet was nothing short of a complete challenge. The loss of so many friends, the loss of my entire universe; I lost empathy towards others during much of that journey and found myself almost begging for it in return to feel some sort of connection.

While much of that relearning came from simply moving from day to day and learning how to pull my adult pants on and get with the program, games like Life is Strange provided another avenue of relearning humanity and what it means to be. They helped me relearn that vulnerability won’t get me killed or someone close to me. It helped me confront parts of my training that caused me to shed the ability to not think in life or death scenarios. The first game helped me reminisce on myself in my youth when I was in my teens and 20s, and it helped me shed those tears that I kept inside in a way that was both personal and private.

With the next step of the Life is Strange franchise, True Colors looks like it’s going to have some dark twists and turns, not unlike the previous entries in the Life is Strange experience. Alex will have a lot to contend with, including solving the mystery behind her brother’s death. One important pivot from what Life is Strange has previously offered is that Deck Nine is moving past the previous episodic formula instead of allowing players to sit down and experience True Colors all the way through with no waiting. This will help keep that emotional tie fresh, keep players engaged, and help Alex’s tale be told in a way that is uninterrupted and impactful in a way that matters.

As the world continues to shift, as the pandemic continues to divide people, as politics root themselves as a facade of a personality trait, and as people continue to climb over one another to achieve some form of fame and spotlight, my focus is on self-growth. My gaming focus is on titles like True Colors. My hope is that tales exploring empathy, loss, heartbreak, humanity, and everything to do with this mortal dance we’re trying to master will continue to guide us back onto the right path of seeing each other for who we are, not just how we are perceived.