World of Warcraft: Wrath Of The Lich King Board Game Ready To Break Out 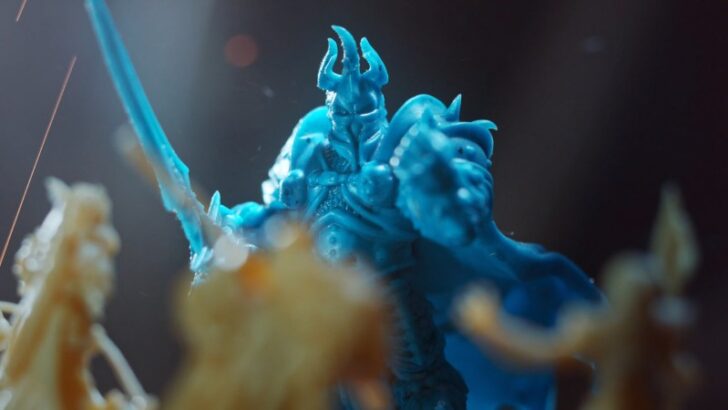 For the first time, Z-Man Games is expanding the Pandemic formula into a licensed partnership, as today brought details of World of Warcraft: Wrath of the Lich King – A Pandemic System Board Game.  It’s a mouthful of a title, but the game itself has the potential to be a big hit in tabletop circles.

Long before the real world was wrestling with the concept, a board game called Pandemic was released in 2008 and took tabletop enthusiasts by storm. Designed by Matt Leacock, the cooperative experience challenged players to work together as doctors, researchers, and scientists to confront a series of deadly illnesses and save the world. The clever system, which emphasizes specific threat areas that arise, again and again, is one of the foundational games of the modern board game era, and it’s often recommended as an ideal launchpad into deeper thematic tabletop experiences. Pandemic became so popular that it has seen numerous expansions and offshoots, from fast-playing variants like Pandemic: Rapid Response, to a trip to ancient times to halt Rome’s Fall. One evolution of the formula, Pandemic Legacy, helped usher in the new style of play known as legacy gaming.

Wrath of the Lich King is undoubtedly one of the most celebrated expansions and eras for the long-running MMO, especially for how it culminated important storylines first glimpsed way back in Warcraft III. The continent of Northrend was also a fan-favorite location, with numerous memorable sites to discover, including the imposing Icecrown Citadel that loomed in the distance.

The new Pandemic System board game embraces that celebrated corner of the Warcraft fiction and puts players in charge of individual heroes as they range out across the frozen continent. Playable characters include Sylvanas Windrunner, Thrall, and Varian Wrynn, who set aside their enmity to work together and confront the Lich King and his undead armies.

Our first glimpses of the game reveal a large board with interconnected locations, which should be familiar to experienced Pandemic players. But where the original saw those locations gradually filling with disease cubes, this World of Warcraft game sees the slowly encroaching ghouls and abominations of an undead scourge. Players visit iconic dungeon and raid locations like Naxxramas and The Nexus. And even as detailed plastic minis range about across Northrend, a large cardboard standee of Icecrown dominates the middle of the board.

Designed for 1 to 5 players and meant to be played in about an hour, World of Warcraft: Wrath of the Lich King – A Pandemic System Board Game is currently targeting a $59.99 price point. Check out a trailer for the new board game below.