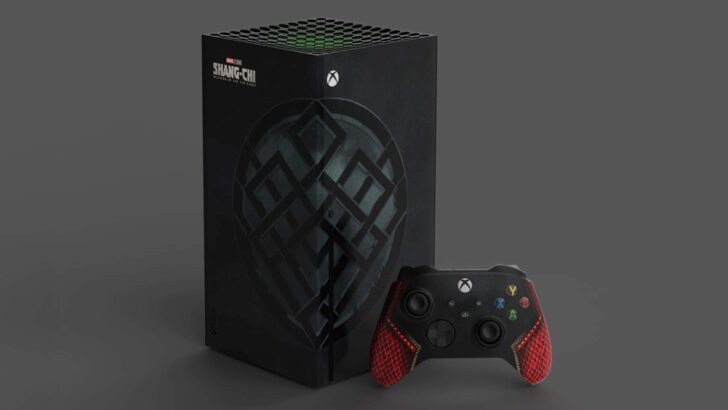 In celebration of the highly anticipated upcoming theatrical release of Marvel Studios’, “Shang-Chi and The Legend of The Ten Rings,” Xbox created a special kit including a custom Xbox Series X console, custom Xbox Wireless Controller, a Shang-Chi action figure, and a 12-month Xbox Game Pass card, all of which are encased in special themed packaging inspired by the history-making movie.

In addition – the Ten Rings organization, as depicted in the upcoming film, has infiltrated Xbox. Fans around the world can join the rescue efforts to help set Xbox free – scan the QR code as found on Xbox Twitter and prepare to help stop the specter of Ten Rings in a special AR experience

Experience the origin of a Marvel legend in “Shang-Chi and The Legend of The Ten Rings” in theaters in the United States on September 3. Be sure to also check out Simu Liu’s recent letter to gaming with Xbox.

Marvel Studios’ “Shang-Chi and The Legend of The Ten Rings” stars Simu Liu as Shang-Chi, who must confront the past he thought he left behind when he is drawn into the web of the mysterious Ten Rings organization.