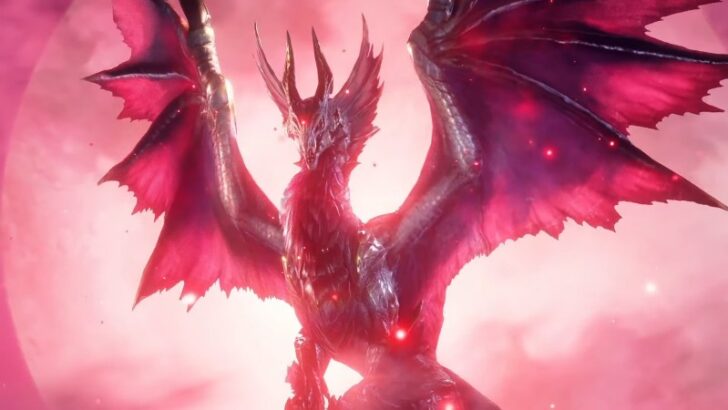 The brief look was only about a minute long but felt so much shorter. The world of Sunbreak featured a moonlit castle, a shot of Rathalos soaring through the dark purple skies, and the reveal of what looks to be a new flying wyvern with crimson wings and a dark air about it.

Nintendo’s Yoshiaki Koizumi gave some small broad details about the expansion after the trailer played. He said Capcom is working on many new elements for Monster Hunter Rise to be added to the expansion. Sunbreak will include new stories, locals, monsters, new hunting actions, and questing ranks for players to explore. Because it’s an expansion, Sunbreak will be a paid DLC, unlike others that have come to Rise this year.

Are there any monsters you’re looking forward to returning in the Sunbreak expansion? What do you think about the design of the new monster in the trailer? Let us know in the comments.