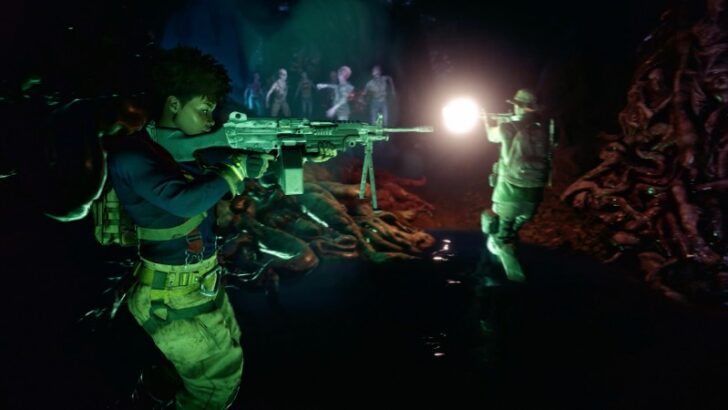 Warner Bros. Games and Turtle Rock Studios have released a new trailer for the upcoming Back 4 Blood DLC expansion, Tunnels of Terror, and it features a look at two new Cleaners, new Warped Ridden, and more.

Back 4 Blood was released last October, and it offered a Left 4 Dead-like experience that tasked players with working together to defeat hordes of Ridden through multiple levels. Those who have completed the base campaign might be hungry for more content, and fortunately, the game’s first expansion, Tunnels of Terror, launches next week. More specifically, it goes live on April 12, and to prepare players for what’s in store, Turtle Rock Studios has released a new trailer.

As you can see in the trailer above, the expansion takes place in a terrifying tunnel, as its name would imply. More exciting than that, it will feature two new Cleaners to control and new Ridden to defeat.

“The trailer introduces two new playable Cleaners debuting in this expansion – Sharice, an axe-wieldig firefighter known for her defensive prowess, and Heng, a tough-as-nails, no-nonsense restaurateur skilled at slaying Ridden with his knife,” a press release for Tunnels of Terror reads. “The video provides a detailed look at the new Ridden Hives PvE cooperative activity, where teams of up to four players can explore the cavernous depths of seven Ridden-infested areas full of labyrinthine tunnels below Evansburg.”

In this new PvE activity, players must dodge attacks from the new Warped Ridden, including landmine-setting Urchins, Shredders, and heavy-damage Rippers. These new Ridden will be playable in the PvP Swarm mode and can be used in PvP matches.

“Additionally, the Tunnels of Terror expansion will include seven new legendary, eight exclusive character skins, 12 new weapon skins, new cards, and more,” the press release reads. “The expansion will coincide with the release of the No Hope difficulty, a free update for all Back 4 Blood owners adding an extra level of challenge for elite players.”

For more about Back 4 Blood, read Game Informer’s Back 4 Blood review and then read about how Tencent recently acquired turtle Rock Studios.

Are you excited for Tunnels of Terror? Let us know in the comments below!