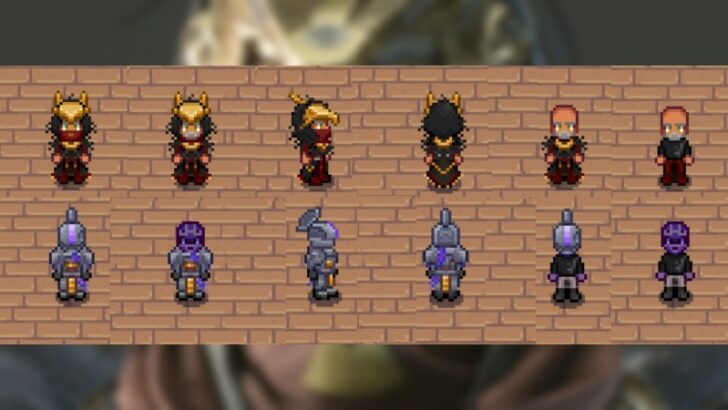 Stardew Valley is the epitome of a relaxing game. Do your chores, interact with those in the village, enjoy the soothing soundtrack; there’s a lot to love. As the resident Destiny 2 obsessor, however, I would be amiss if I didn’t share this adorable little Stardew Valley mod that I stumbled on that brings little sprite versions of Osiris and Saint-14 from the Destiny-verse into the simulator game.

As seen in the image above, there are the fully-armored versions of both characters, and then there are more simplified looks, including Saint’s Exo form. Now, you may be wondering: “Liana, you usually write more complicated mods than this; why Destiny sprites?” Well, dear reader, glad you asked! With Season of the Splicer coming to a close, all signs are seemingly pointing at Osiris being taken over by Savathun, an ancient enemy that is as cunning as she is dangerous. What that means for Osiris as himself remains to be seen, but I can’t help but be a little overly concerned about what this means for both him and Saint, namely because Saint is his romantic partner and the two have been through more than enough already. So this? This gives me a little happiness over the cuteness and a much-needed balm for that Destiny worry.

It’s pretty easy to use but like most mods, it is for PC only. While there are some console mods out there, that community is still very much unsupported outside of Bethesda. While there are workarounds, most mods we cover will be for PC players only, as they are more readily available, easy to test, and run no risk of breaking your sytsem. For the few we have covered that have been available on console, we’ll make sure to note that for convenience specially.

Interested in bringing a little Destiny into your Stardew experience? You can get this mod right here. You can also check out some of our other great mod recommendations below: