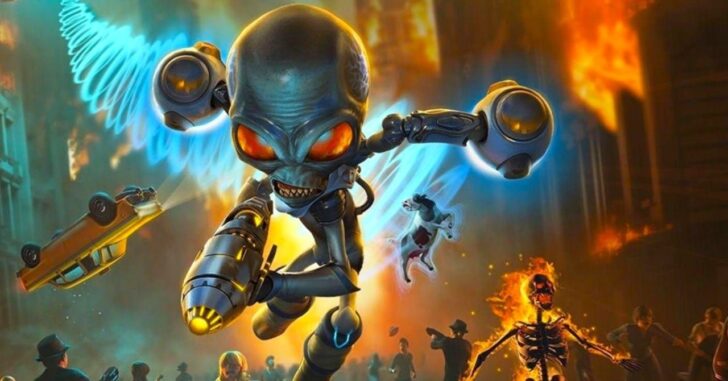 Destroy All Humans! launches today on Switch, bringing the original game in the series to a Nintendo platform for the very first time.

A remake of 2005’s Destroy All Humans!, which launched on PS2 and Xbox at the time, the game has players terrorising the people of 1950s Earth in the shoes of evil alien, Crypto-137. Your job is to harvest DNA and bring down the US government, annihilating the puny humans standing in your way using an assortment of alien weaponry and psychic abilities.