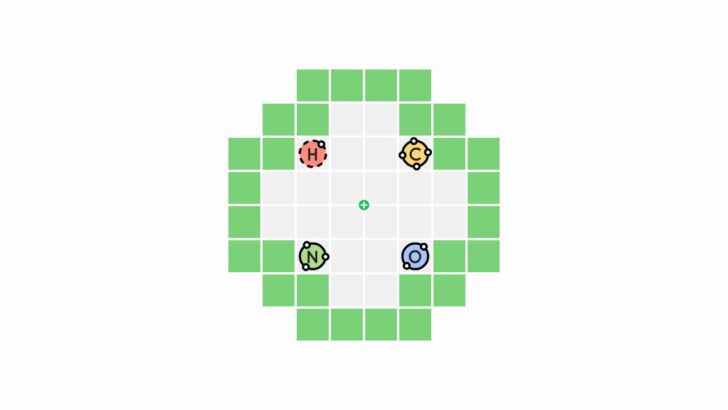 A long time ago, in 1982, a game called Sokoban was released for the NEC PC-8801. It was a simple puzzle game about pushing boxes in a warehouse in order to get them into certain locations; it ended up gripping the imagination of so many puzzle designers that it became its own genre of puzzles.

30 years later in 2012, two game designers called Alan Hazelden and Lee Shang Lun met, and having played (and loved) each other’s games, they decided to work together on “a quick four-hour jam game”. That game spiralled way out of scope and eventually became Sokobond, a chemistry-themed re-imagining of the Sokoban genre, in which you have to move atoms around in order to create lovely compounds.