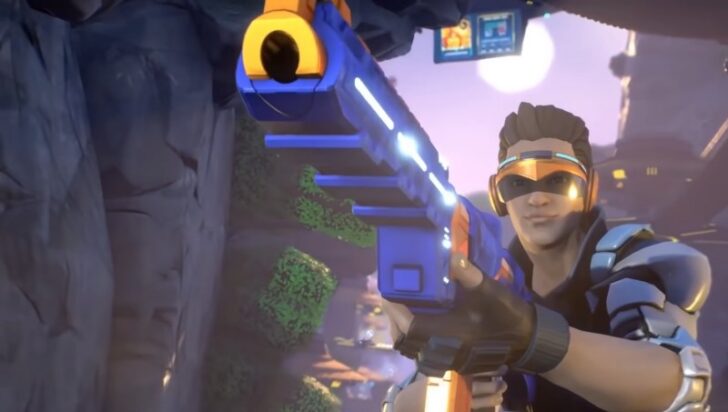 Publisher Game Mill Entertainment has pulled the curtain back on Nerf: Legends, a new sci-fi first-person shooter based on the popular Nerf toy line. The game arrives sometime this October and offers a more PG spin on a traditionally mature genre.

IGN broke the news earlier this morning, and the reveal trailer (posted above) shows off the real-life Nerf weaponry you’ll be using to blast adversaries in the face. 15 different Nerf guns based on the company’s Mega, Ultra, and Elite lines are at players’ fingertips. However, the guns fire laser darts instead of the traditional foam darts, and you can collect power-ups such as seeker, freeze, and magnetic darts. Weapons can be customized with various offensive perks and you can outfit guns and your character with cosmetic skins.

Nerf: Legends features a single-player campaign that pits players against an army of evil robots across 19 levels. Areas include a fortress spaceport and jungle. Meanwhile, multiplayer modes include 4v4 team battles and an eight-player free-for-all mode. Nerf: Legends supports crossplay across all versions. That would be PlayStation 5, Xbox Series X/S, PlayStation 4, Xbox One, Switch, and PC.

In other popular-license-turned-popular-game-genre news, Game Mill is also publishing the Super Smash Bros.-style Nickelodeon All-Star Brawl, also slated for this year. You can read more about that announcement here.