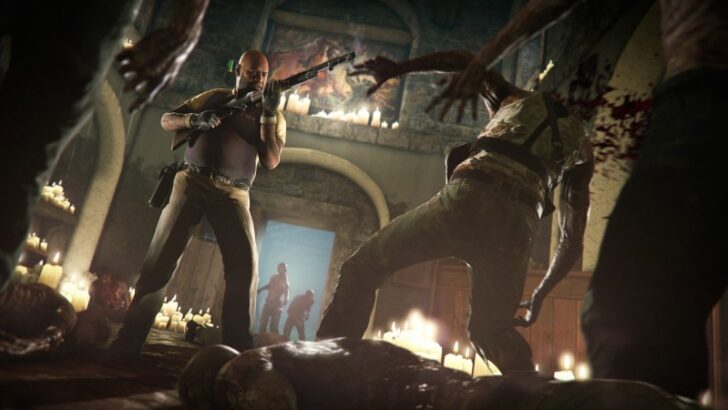 If you’ve been following the zombie video game scene for a while, you probably dedicated a few hundred or more hours to Turtle Rock Studios’ Left 4 Dead series. The four-player co-op FPS took the world by storm over a decade ago and its sequel brilliantly continued the zombie-slaying goodness. If you’re feeling a little nostalgic in anticipation of the upcoming Back 4 Blood, then maybe you should drop into Zombie Army 4 because the main characters from Left 4 Dead 2 are now playable in a free DLC package.

Coach, Ellis, Nick, and Rochelle are back again, almost as if they’d never left in the first place. Zombie Army 4 employs a third-person perspective, so while it might not feel exactly like the escapades that you and your buddies went on in Left 4 Dead 2, at least you’ll get a chance to finally see the character models in all their post-apocalyptic glory. The four survivors are coming alongside the third and final chapter of Zombie Army 4’s Return to Hell campaign. You’ll solve occult mysteries in Hell itself – lava pits bubbling in the backdrop, the sky painted a foreboding blood orange and legions of zombies (and manikins?!) following your every move. Check out the trailer above for what’s in store.

In addition to the free character pack and the DLC mission that are available starting today, new weapons and cosmetics are joining the catalog too:

My only hope is that we see all eight characters across both Left 4 Dead titles in Back 4 Blood at some point in the future! Back 4 Blood, the next chapter in Turtle Rock Studios’ gameography launches on October 12 for PlayStation 5, Xbox Series X/S, PlayStation 4, Xbox One, and PC.