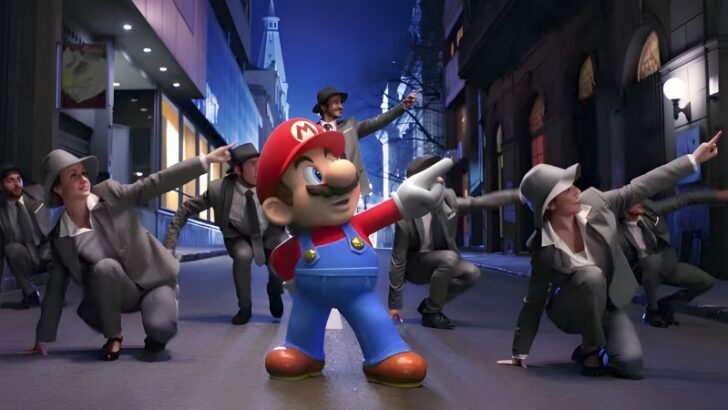 Nintendo and Illumination announced that Chris Pratt would voice Mario in the upcoming Mario movie exactly two months ago. In those eight weeks, the conversation around this choice has focused on the accent of the famous plumber. Will he be doing the traditional Mario accent, or will he do something else?

“All I can tell you is the voice that he’s doing for us, and Mario, is phenomenal,” Meledandri told TooFab. “Yeah, I can’t wait for people to hear it.”

TooFab asked the producer about the decision to cast Pratt, someone who isn’t Italian, as the Italian plumber. Meledandri said he’s an Italian American and understands some of the feelings people have over the casting choice. He said Charlie Day, who is Italian, being cast as Luigi, is this movie’s nod to the Italian background of the famous plumber duo.

However, Meledandri adds that you can expect the Mario movie to touch on the Italian accent, or rather, lack thereof.

“We cover it in the movie,” he said. “So, you’ll see we definitely nod to that.”

Meledandri also said that you should not expect Pratt’s performance to lean too much into the “It’s a-me, Mario!” side of the character, popularized by Charles Martinet, who’s been the voice of Mario for decades.

While waiting to hear Pratt’s Mario, check out the full cast list for Illumination’s Mario movie.

What do you hope Pratt’s Mario sounds like? Let us know in the comments below!