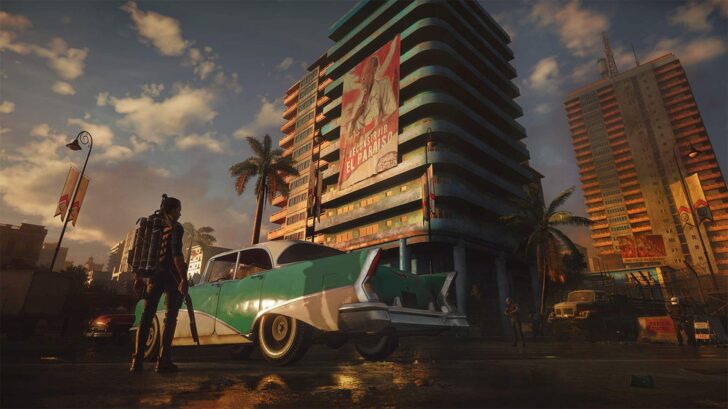 Welcome to Next Week on Xbox! Here we cover all the new games coming soon to Xbox One, Xbox Series X|S, and Windows PC as well as upcoming Xbox Game Pass and soon-to-be released ID@Xbox games! Get more details on these games below and click their profiles for pre-order details when available (release dates are subject to change). Let’s jump in!

A rhythm-action FPS roguelike where you must shoot, jump, and dodge to the beat of an epic rock soundtrack. Delve into a randomly generated dungeon where one missed note can lead to your death. Gain game-changing abilities and loot powerful weaponry to defeat your ancient enemy: Nidhogg.

In this award-winning cinematic action-thriller, troubled author Alan Wake embarks on a desperate search for his missing wife. As he discovers pages of a story he has supposedly written, Wake’s grip on reality is threatened as he confronts the darkness closing in. The horror story is coming true.

Join the ever-expanding experience of Hell Let Loose – a hardcore World War Two first person shooter with epic battles of 100 players with infantry, tanks, artillery, a dynamically shifting front line and a unique resource based RTS-inspired meta-game. Get the Iron Vanguard Pack for free when you pre-order Hell Let Loose on the Xbox Store.

Brawl it out as your favorite Nickelodeon characters in bombastic platform battles! With a power-packed cast of heroes from the Nickelodeon universe, face-off with all-stars from “SpongeBob Squarepants,” “Teenage Mutant Ninja Turtles,” “The Loud House,” “Danny Phantom,” “Aaahh!!! Real Monsters,” “The Wild Thornberrys,” “Hey Arnold!,” “Rugrats,” and more to determine ultimate animation dominance.

Rainbow Billy: The Curse of the Leviathan – October 5

Rainbow Billy: The Curse of the Leviathan is a wholesome, creature capture, 2.5D adventure-puzzle-platformer with RPG elements. It is a family-friendly and openly accessible adventure in which you must save whimsical creatures by bringing back color to the world you once knew!

Go Bananas with your favorite monkey gang in the ultimate Super Monkey Ball adventure! Roll through wondrous worlds with AiAi and friends as you race to stop monkey mad scientist Dr. Bad-Boon from blowing up Jungle Island. Join an all-star monkey team as you bounce, tilt, and roll your way across hundreds of delightfully crafted levels and mazes.

Ember is a homage to classic role-playing games that features a deep branching story, endless exploration across a huge open world, a robust skill system, and an intricate crafting system.

Welcome to Yara, a tropical paradise frozen in time. Far Cry 6 thrusts players into the adrenaline-filled world of a modern-day guerrilla revolution. As dictator of Yara, Antón Castillo is intent on restoring his nation back to its former glory by any means, with his son, Diego, dutifully at his side. Become a guerrilla fighter and burn their regime to the ground.

No Longer Home is a game about letting go of the life you’ve built due to circumstances beyond your control. Immerse yourself in the lives of Bo and Ao and learn about their dreams, frustrations, and fears. Welcome the magic of the everyday and somewhat extraordinary.

Get ready for more vibrant, colorful shooting fun in the highly anticipated sequel to Bouncy Bullets! You’ll have to move, jump, and shoot your way past each zone’s challenges and numerous obstacles. Boucy Bullets 2 also offers a speedrun mode so you can try to beat your best time and set a new record.

This long-promised day has finally come with the release of the game that kills not only your time but your calories as well! The return of the legendary Lord of the Click has happened so suddenly and with a number «II» on the end. Featuring updated visuals, gameplay innovation, and this top-notch marketing text that will help you to buy this game without further ado.

A puzzle game that features warm, picture book-like graphics and a story with lifelike animals. Embark to Rain City to find the main character’s sister in this story that’s both bizarre and exciting. Meet various characters, gathering information, solve puzzles, and beat minigames.

In 1986 both the Soviet Union and the Western Bloc were destroyed in mutual nuclear bombings. You are one of the survivors of the nuclear Holocaust. Your mission – to explore the wild and wondrous world of the Soviet Wasteland, to earn your place under the sun, and to investigate a shadowy conspiracy.