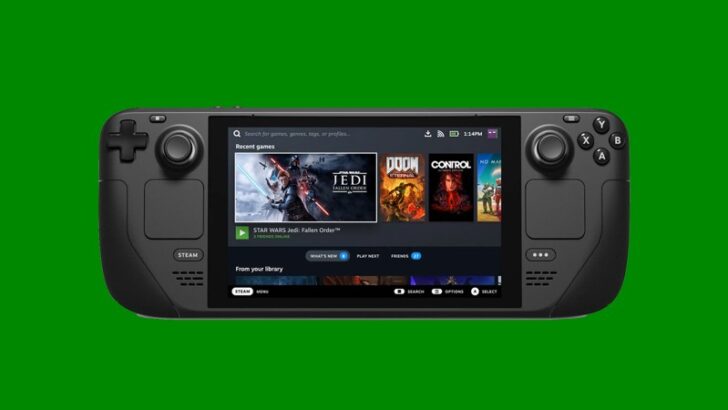 Valve’s Steam Deck has impressed a lot of people since its reveal. After all, the company effectively designed its own version of the Switch to play your Steam library on the go. That’s pretty cool, and it’s proven to be quite a draw given its pre-order frenzy, and early hands-on impressions have been largely positive. Xbox boss Phil Spencer is among those who got to take the device for a test drive, and he recently expressed his happiness with the product, particularly in how well it runs Microsoft-published software.

Spencer tweeted that he’s been messing around with the Steam Deck for most of last week and recently visited Valve to discuss the handheld with founder Gabe Newell and other employees. He praised Steam Deck’s playability and screen quality while also mentioning that games such as Halo and Age of Empires performed well. He also drops that xCloud, Microsoft’s cloud gaming service, apparently functions as intended on the device as well.

Was @valvesoftware this week talking w/ Scott, Erik, Gabe about Steam Deck. After having mine most of the week I can say it’s a really nice device. Games with me on the go, screen size, controls all great. Playing Halo and Age feels good, xCloud works well. Congrats SD team. – Phil Spencer

Since the Steam Deck is basically a handheld gaming PC, Valve has already confirmed that you can install Windows and other third-party software on it should you choose to (the hardware runs on Linux out of the box). Installing Windows means that you could use Xbox Game Pass for PC, giving you portable access to games available on that service on top of your Steam library. Of course, there could always be driver support and compatibility issues, but that’s still quite the bonus. Spencer’s confirmation that xCloud works with the device only sweetens the pot.

Steam Deck pre-orders went live last month, with customers putting down $5 to reserve one of its three models. Orders are expected to begin shipping in December and will roll out in waves throughout 2022. You can still pre-order the device, but don’t expect it to arrive anytime soon, as units are shipped in the order that they’re reserved. While it can play just about everything on Steam, some titles have already been confirmed to not work on the device. You can read the full list of incompatible games here. Whenever you do get your handheld, whether that be later this year or sometime in 2022, you’ll probably want to know how to make the most of it. We’ve got you covered by assembling a list of the best titles to play on the Steam Deck once it arrives.