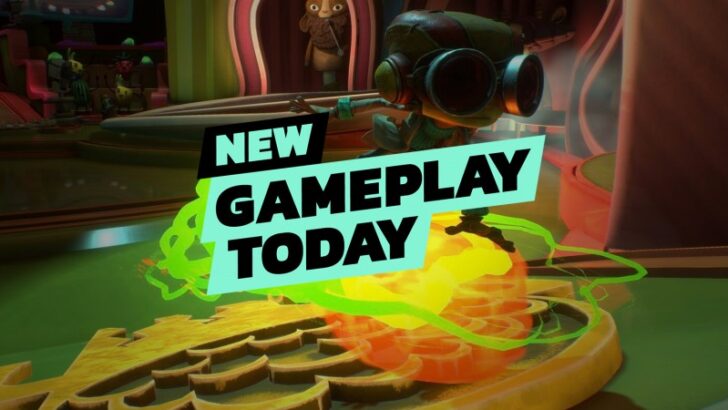 Back in 2005, the original Psychonauts stood as one of the better platformers on the market. Its bizarre yet humorous world is populated with interesting characters and an engaging story, wrapped within a fun use of platforming and creative psychic powers. But platforming mechanics have come a long way since then and fans have been clamoring to know more about what happens to Raz and company since the Rhombus of Ruin VR title.

That all changes this August, as developer Double Fine is set to return to the world of Psychonauts and bring its iconic platformer to the contemporary age of video games. In Psychonauts 2, fans will be introduced to new powers, brains to explore, and a deeper dive into Raz’s history as he sets out to save the organization he’s dreamed of being a part of.

If that sounds up your alley, then you’ve come to the right place. Join Blake Hester and Alex Stadnik as they walk you through the latest levels they got to go hands-on with and explain what works and what doesn’t in Double Fine’s return to the series that started it all. On top of the brand new looks at some previously unseen playspaces, we’ll also be highlighting our experience with the new abilities and combat encounters as well!

Longtime fans of the series will have their patience paid off as Psychonauts 2 is set to launch on August 25 for Xbox, PlayStation 4, and PC. If that’s still too long of a wait for you and you’re needing to know more about Double Fine’s next adventure, then you’re in the right place. Be sure to check out our cover story on Psychonauts 2, where we show off some of the game’s newest abilities, a fresh look at one of the brains players will explore, and how the developer is handling the sensitive issue of mental health.