Random: Possibly The Rarest Nintendo e-Reader Card Ever Has Been Found Intact 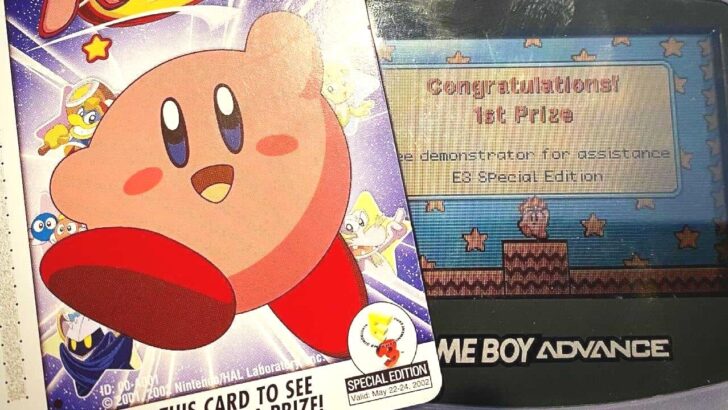 Over the years there have been many rare game-related cards produced by Nintendo and its partner companies. Whether we’re talking about amiibo cards (the Sanrio X Animal Crossing crossover cards were trading hands for silly money recently) or a host of physical Pokémon TCG cards, they always seem to be in high demand, with certain cards becoming collector’s items almost instantly.

There’s another breed of card, though, that is genuinely, incredibly rare; one-time productions that have long since been discontinued and won’t be getting a reprint. This story concerns perhaps one of the very rarest: a winning Special Edition Kirby e-Reader promo card produced as part of a pack exclusively for industry show goers at E3 2002. And Nintendo Life reader @robertjanderson has apparently found one!