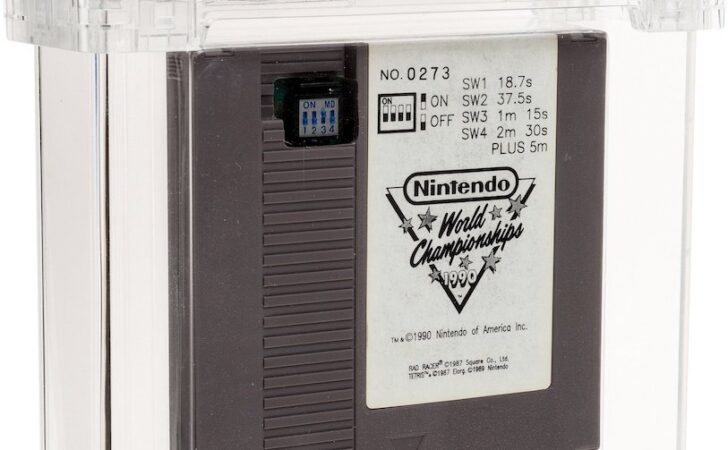 If you’re a regular reader of the site then you’ll be aware of the significance of the Nintendo World Championships cartridges. These were carts issued at the famous 1990 event which boasted unique challenges for participants to test their skills on.

They were never intended to make their way into the hands of the public and were supposed to be either destroyed or recycled, but under 100 carts made it into the wild, and some of these have been changing hands for high prices for the past few now. Last year, one was found in an attic, while back in 2014, a rare gold cartridge (which admittedly lacked a label) sold for $100,000. In the same year, another cart sold for just under that amount, again in a rather poor condition.